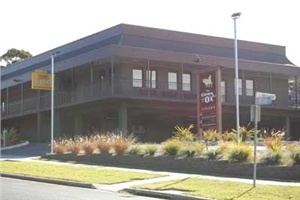 ANDREW CLARKE
Rising interest rates coupled with poor clientele has forced The Chook and Ox Tavern at Tura Beach to close its doors.

The last beer was poured by licensee Dave Wood on Sunday, July 27, before it was officially closed on the Monday.

It has been well documented that pubs and clubs are struggling due to rising inflation, poor poker machine turnover and dwindling clientele.

The Chook and the Ox Tavern was notable for being the pub with no poker machines.

Mr Wood said it was difficult to shut-up shop, but he recognised that many Tura Beach residents were regular patrons of the Tura Beach Country Club.

"We just couldn't maintain it anymore and just had to give it up," he said.

"The economy, lack of tourists and the fact that the cost of everything is going through the roof has forced us to close.

"If you are not making money to pay the bills you can't keep going.

"We've lost a lot of money and our livelihood. Everything we have worked for is gone."

Mr Wood has been in business locally for the passed 14 years and opened The Chook and the Ox Tavern on December 13, 2006.

"We didn't get poker machines because the costs involved went through the roof," Mr Wood said.

"A lot of pubs and clubs are doing it tough, but they usually have the poker machines to get them through, we didn't have that luxury.

"And people just don't have the disposable income they used to. Things are tight across the board.

"We were also victims of theft and had a quite a bit of money go missing that we were never going to make back, so that hurt us as well.

"Inflation was the big killer and we even received a letter the day after we closed that interest rates were going up again."

Mr Wood said he and his family would now concentrate on rebuilding their lives.

"We'll be looking at trying to get our lives back together now," he said.

"We couldn't keep flogging a dead horse and we would like to thank everyone who supported us."