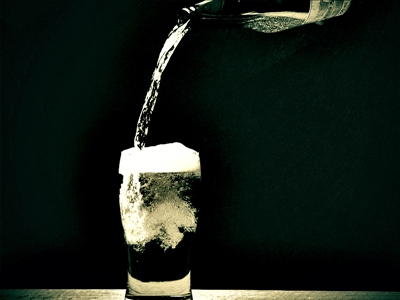 The caution came after Lion Nathan reported bans in Queensland helped whittle down drinking of on-tap beer in licensed premises by more than 6 per cent.

While some people were shifting to takeaway beer, the result marks the latest reported impact of bans.

Lion Nathan lifted the bottom-end of operating profit guidance from $245 million to $250 million, saying consistent earnings were being produced.

The upper result would be roughly flat against last year's $257.4 million result.

Its overall half-year profit of $162 million was up 8.8 per cent and included a one-off $9.5 million tax gain.

Lion Nathan shares rose 8 to $9.15. Shareholders will receive a 19c fully franked dividend, the same as in the previous corresponding period.

Australian sales were boosted 8 per cent as Lion Nathan spends an extra $40 million annually to promote more profitable beers such as XXXX Gold without getting into a price war with market leader Foster's Group.

In New Zealand, where Lion Nathan is the biggest brewer, earnings fell 4.3 per cent as a lower currency reduced the value of earnings in Australian dollars.