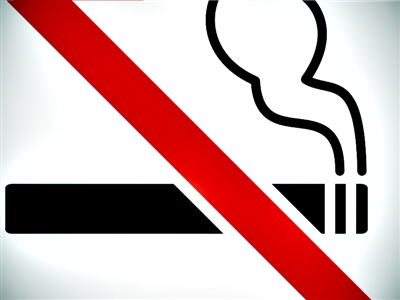 NSW pubs and clubs fear that millions of dollars in renovations to provide outdoor areas for smokers could go to waste, after a case testing the smoking laws failed in the Supreme Court.

Justice Peter McClellan on Friday handed down a landmark judgment against Dubbo RSL, in western NSW.

NSW Health was threatening to fine the club over two combined indoor/outdoor areas where patrons were being permitted to smoke.

The RSL claimed the gaming and TAB areas were not required to be smoke-free, because they were not "enclosed areas" as defined by the 2000 smoking laws.

Both opened out onto courtyard areas and, the RSL argued, were at least 25 per cent exposed to the open air.

But Justice McClellan, the chief judge at common law, ruled against the RSL, saying it would be a "surprising result" to allow smoking in a roofed area simply because it opened onto outdoor space.

"If the area in question is not covered by a roof the opportunity is available for smoke to disperse to the atmosphere," he said.

"However, when the relevant place has a roof the smoke may only escape laterally, and the extent of lateral openings becomes the critical issue affecting the healthiness of the premises."

Justice McClellan said the ruling would have "general significance to licensed premises" across the state.

ClubsNSW was quick to voice its disappointment, warning the ruling was likely to send shockwaves through the state's 1,400 clubs and 2,000 pubs.

"The industry has spent over $450 million on the construction of outdoor areas," CEO David Costello said in a statement.

"Clubs who wish to give their patrons an area where it is legal to smoke, in many cases, have built partially covered outdoor areas in order to provide some protection from the elements."

Mr Costello said the successful introduction of the smoking ban, which came into effect last July, was due in large part to the cooperation of the pubs and clubs industry in providing outdoor areas.

Many were already suffering financially and would not have the resources immediately to make additional alterations or pay fines issued by NSW Health for non-compliance.

NSW Health said it was happy with the ruling, but declined to comment on its enforcement until it had carefully considered the judgment.

Whether the government will allow a grace period for amendments to existing areas or will enforce the ruling only for new outdoor areas are among the issues of concern to the industry.