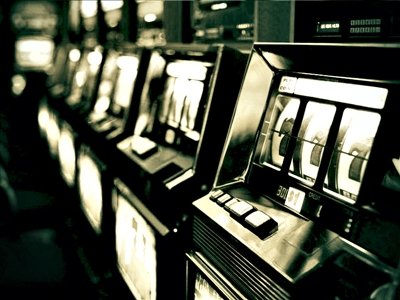 THE Government is under pressure to hold a full investigation into its cashless pokie plan following claims it could lead to a boost in profits.

The Opposition and the Greens have joined together in calling for a review of the Iemma Government's decision allowing Ticket In, Ticket Out to be implemented into hotels and clubs.

The Daily Telegraph has been told by several gaming managers and industry sources the technology has been "window dressed" as a harm minimisation measure so the Government would approve it.

ClubsNSW has denied the allegations saying the technology was revenue-neutral and not specifically designed to be used as a measure to tackle problem gambling.

But Opposition gaming spokesman George Souris said he was concerned by reports the system - which involves the issuing of a re-useable tickets instead of money - would harm players.

"I think there does need to be a further study if there are people who are dressing up any gaming technology as a harm minimisation measure," he said.

"We're against the industry moving to a credit card-style system."

The technology will reduce the amount of cash kept in gaming venues, reducing the risk of robberies. Players insert money into a machine and receive a paper ticket as their winnings instead of cash, which can be re-inserted into a machine after a player takes a break.

A Government study found it would lead to the removal of "triggers" which contribute to problem gambling. | End